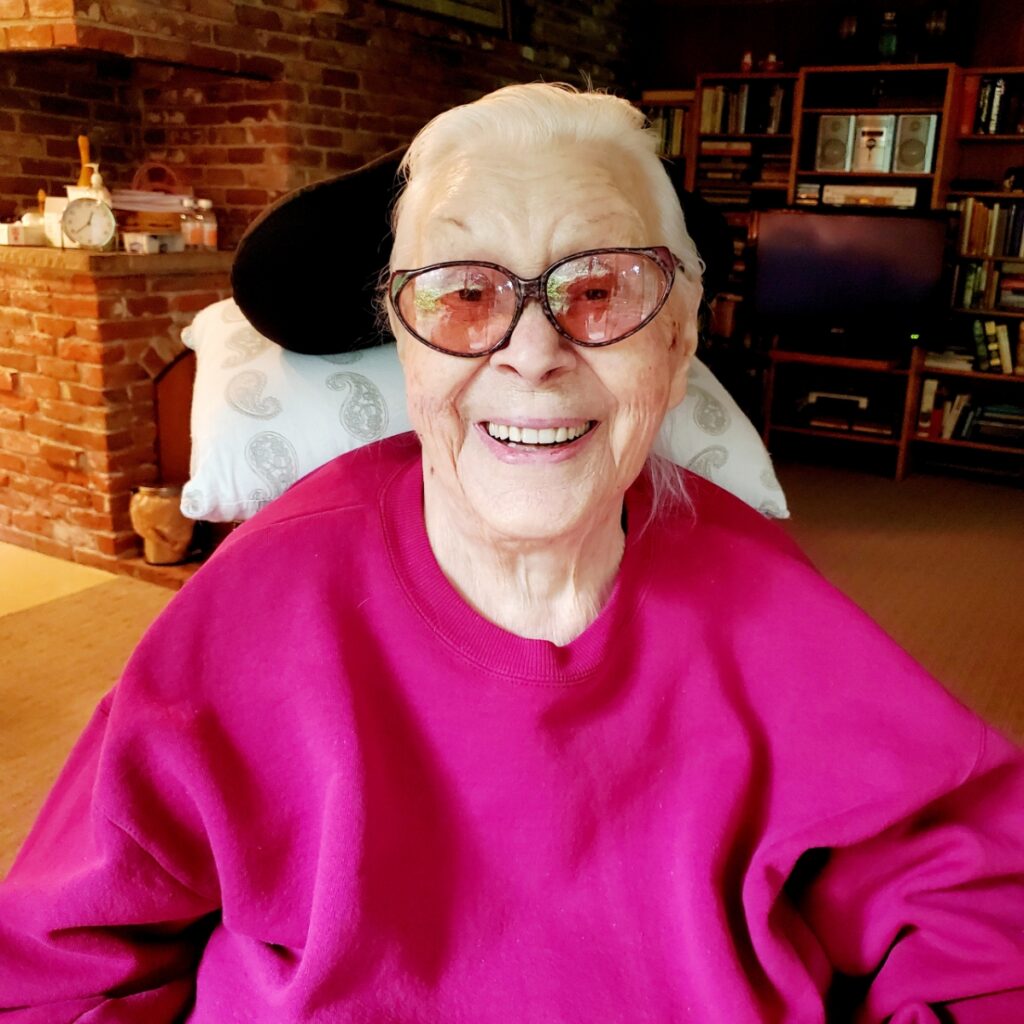 (Excerpts from Katie Backus’ Bio of her Grandmother.   Read her complete and touching  remembrances here.)

“I’m not exactly sure when Grandma’s love affair with jewelry design and creating began, but judging by the dates in some of her journals and sketchbooks, it was around 1970, just after her sixth and final child was born. At this time, Joyce was 40 years old and the mother of six boys.” 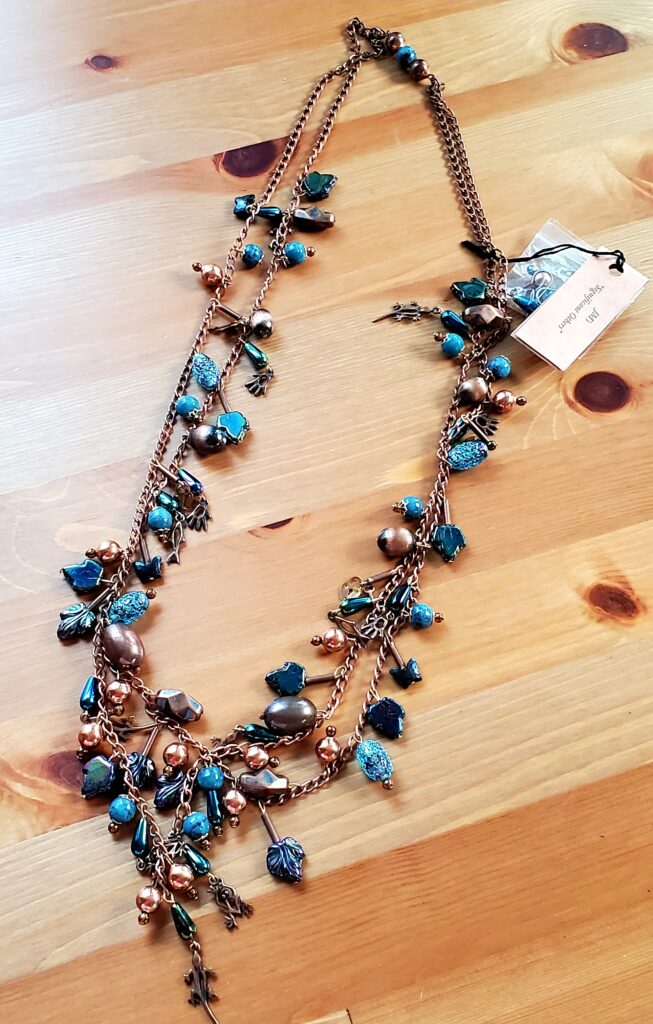 “I think Joyce had been collecting beads and stones for quite some time; she had inherited her father’s passion as well as his tools, and one by one, designs came to Joyce, and her hobby turned into a profession for her. She aptly, and perhaps a titch wryly, named her business “JM’s Significant Others: Antique, Collectible, and Signed Designer Bits and Pieces, Redesigned With a Blend That Is Not Quite A Marriage.””

“She designed beautiful jewelry pieces and made sales, participated in ongoing church events, kept up with the Joneses (and then some) and managed six boys—she also wrote and copyrighted her life story in a screenplay and musical format!”

“By this time, Joyce had designed jewelry professionally for William Farrell Jewelers in Seattle and amassed quite a bead, stone, and gem collection from all over the country—from small, dusty southwestern rock and gem shops to century-old attic estate sales in New York City, and many places in between. She had an eye for the eccentric, novel, one-of-a-kind, and eclectic, but also classic, vintage, elegant, and subtle beauties which called out to her. For many years, Joyce participated in some of Seattle’s finest holiday bazaars and gem shows; she sold finished pieces to local shops and boutiques around Seattle and held estate sales out of her home.  Through her beading, she found solace, comfort, and a cathartic way to express herself.” 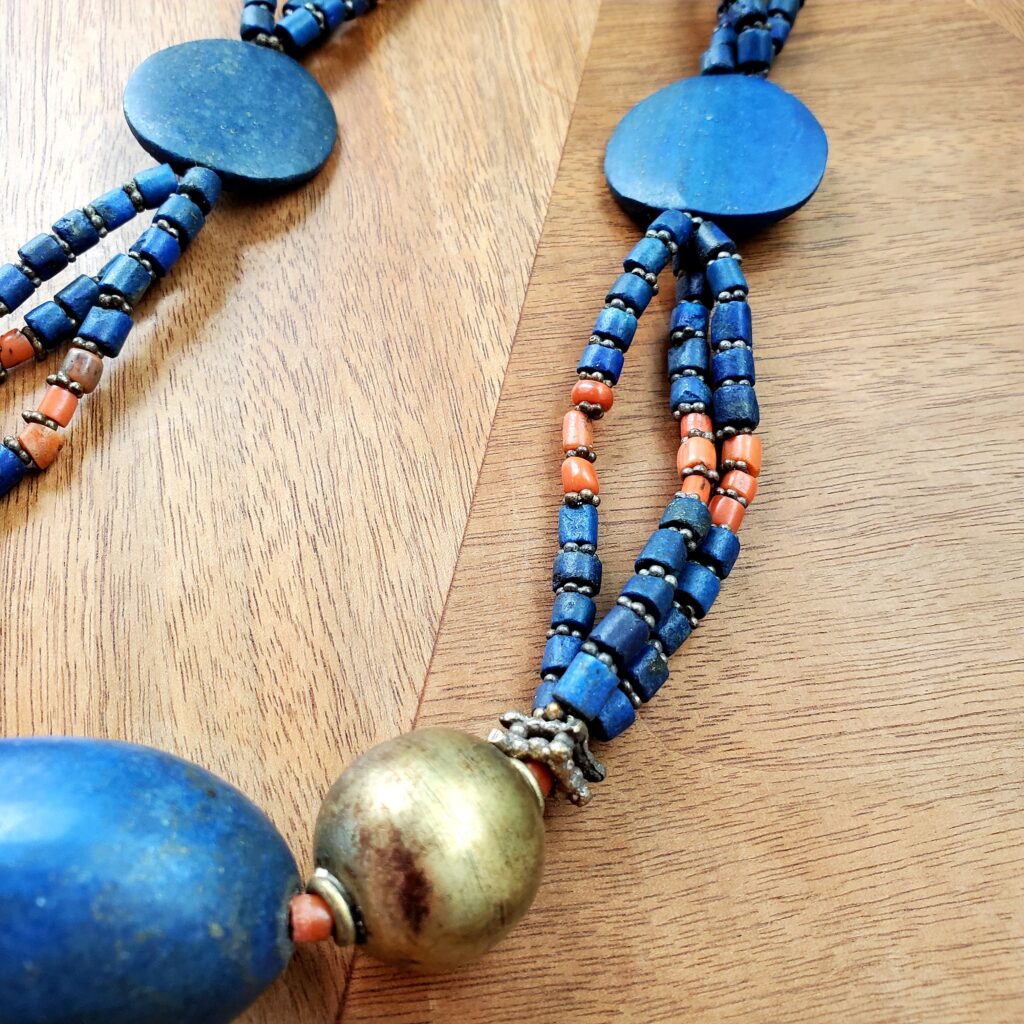 “We occasionally played in her bead room, as I would now and again come over to borrow a piece or two when I had a work party to attend or a fundraiser in one of downtown Seattle’s old hotel ballrooms.  I helped her with one holiday bazaar, held at the Seattle Tennis Club where my father worked, and I encouraged her over the years to consider the internet as a way of selling her pieces. Still, she was adamant about steering clear of computers.” 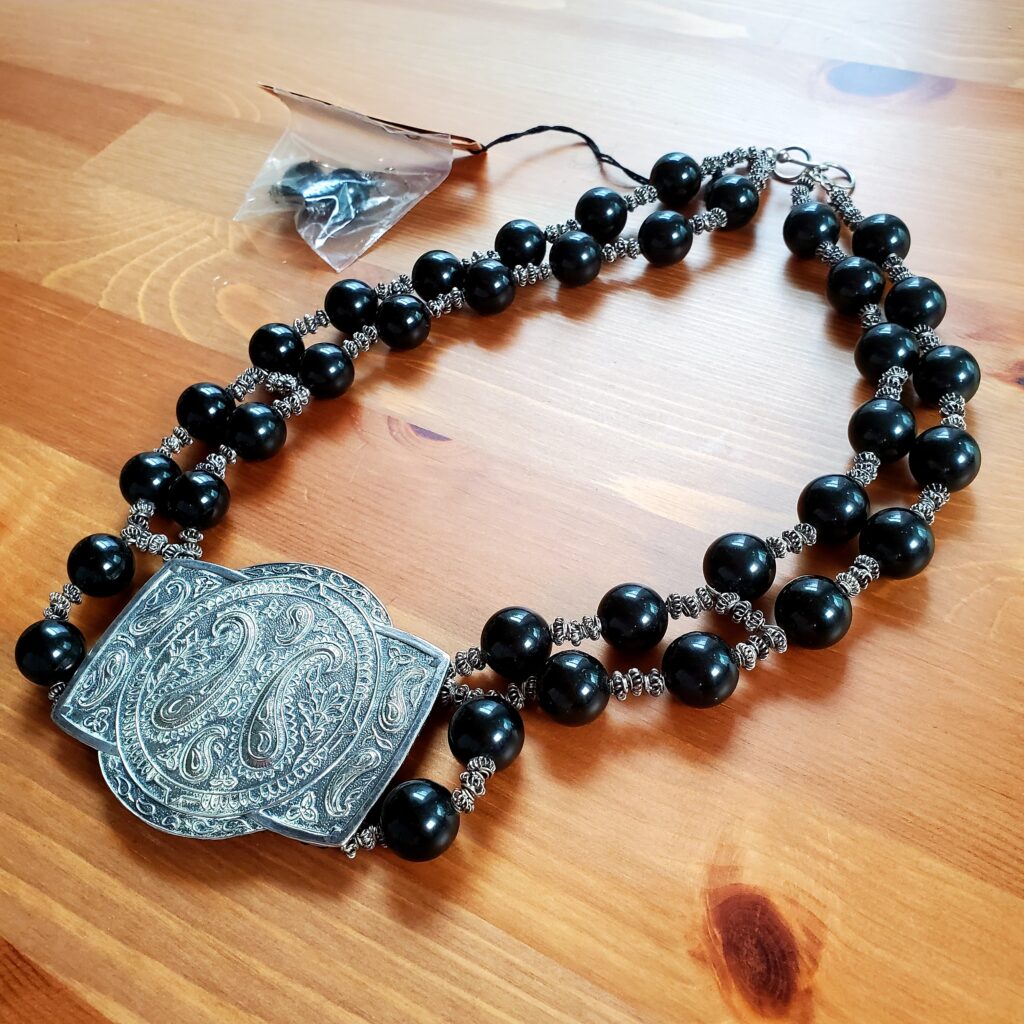 “A friend of mine shared this with me last year before Grandma Joyce passed. She said, “She who dies with the most beads, wins.” I had never heard this before, but as I went through Grandma’s bead room months later, overwhelmed by the volume of pieces, their energies, the hours that passed in that room day after day, year after year as Joyce sought her own voice and creative expression, I thought, “You won Grandma, you won.”” 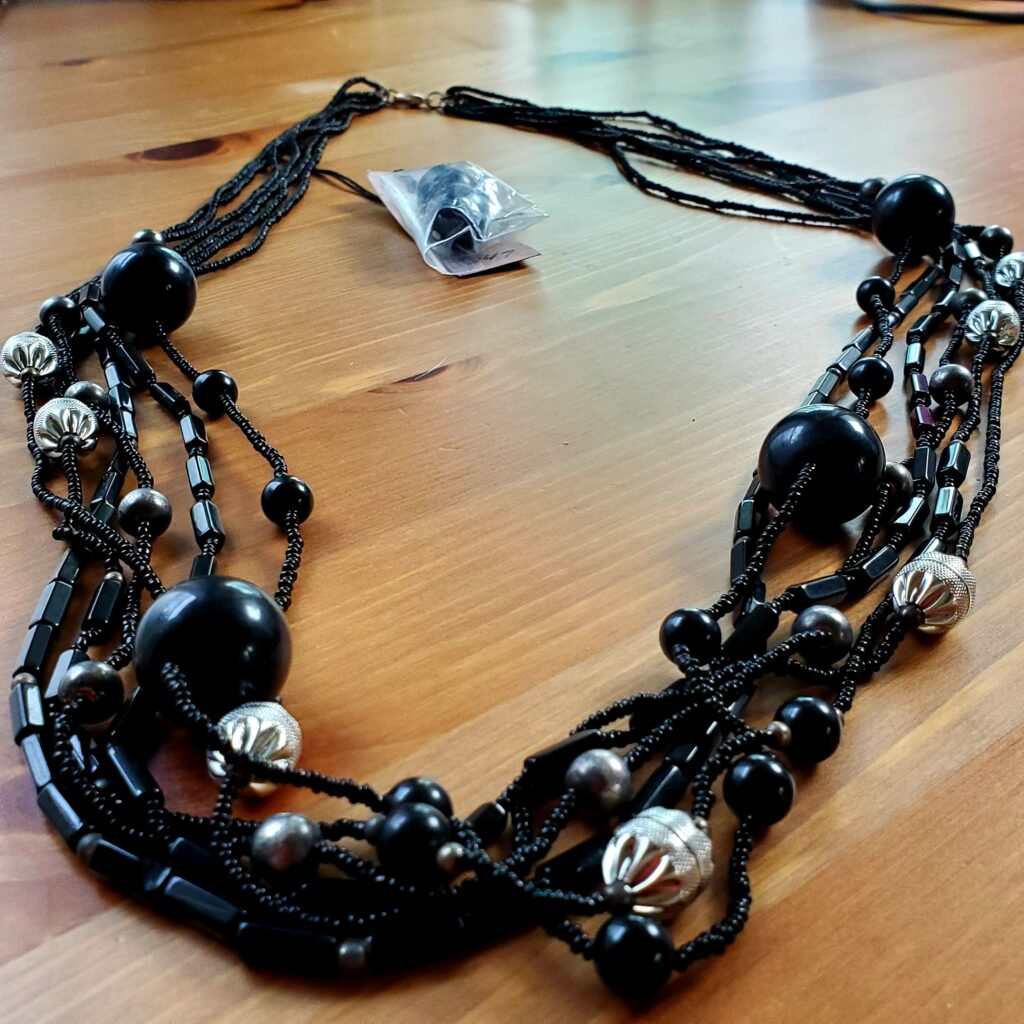 “It is an honor for me to present to you now, with the help of the very kind folks at Dusti Creek Beads, the remainder of my late Grandma Joyce’s collection, featuring her one-of-a-kind pieces. There truly is something for everyone. I hope you will come by and take a gander. I look forward to meeting you and exclaiming, “Hello Gorgeous!“ when you arrive.”

All the very best,
Katie